The U.S. Soccer Federation selected Nashville as the first, home match of the 2022 FIFA World Cup Qualifier to reach Qatar in 2022. The U.S. Men’s National Team played Canada on September 5 at Nissan Stadium. With a nickname like Music City, we knew our visitors expected to hear the best music during the FIFA World Cup Qualifying Match. Wille Jones opened with the National Anthem followed by a performance from Lindsay Ell and headliner Ben Rector. USMNT Draws Canada 1-1 in Second Match of the World Cup Qualifier. 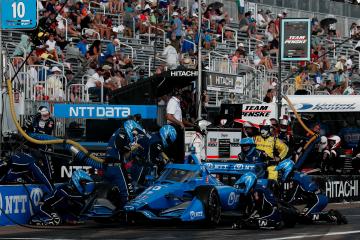 The Music City Racing Trifecta came to Nashville during the Summer of 2021. Congratulations to NASCAR for a successful Cup Series over Father's Day weekend, Superstar Racing Experience (SRX) for an exciting championship race at Nashville Fairgrounds on July 17, and Big Machine Music City Grand Prix for a thrilling weekend filled with racing, food, and music on August 6-8. 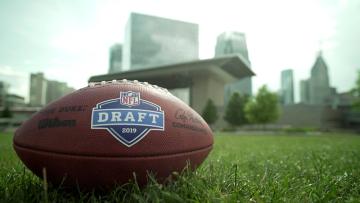 The biggest show Music City ever saw was the 2019 NFL Draft which welcomed 600,000 fans to Downtown Nashville. Young football players found their professional home, fans got to play games and meet players, and more than 20 Nashville bands performed on multiple stages throughout the event. That included musicians like Tim McGraw, Dierks Bentley, Moon Taxi, CeCe Winans, Mikky Ekko, and so many more.

Music and racing kicked off the 2019 NASCAR Champion's Week in Nashville with a traditional Grand Ole Opry show at the Ryman Auditorium, but with a NASCAR injection. The night featured performances from Chris Janson, Rascal Flatts, Ashley McBryde, Lorrie Morgan, Henry Cho, Tyler Rich, and Clare Bowen. In addition to a full week of race cars on display, all 16 of the Series Playoffs drivers showed off their cars for the first night-time Burnouts on Broadway set amongst the neon lights of downtown Music City. On the last night of the week, top drivers were honored and Kyle Busch was crowned as champion at the Cup Series Awards. The evening was hosted by country singer Cassadee Pope and NBC's Rutledge Wood with performances from Chris Janson and Cole Swindell. 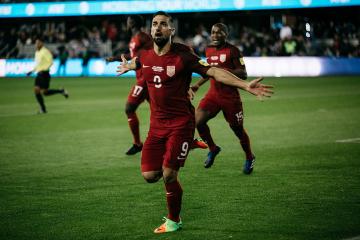 Nashville welcomed the Concacaf Gold Cup in 2017 and 2019. Also home to World Cup Qualifier games, Nissan Stadium hosted the opening Gold Cup match of the U.S. Men's Soccer National Team in 2017 with 47,622 fans in attendance. In 2019, Nashville hosted the Semifinal match where the USA defeated Jamaica 3-1 with 28,473 fans in attendance. A free Family Fun Zone with activities and entertainment by DJ Robert Luke was set up at Music City Walk of Fame Park ahead of the free concerts from Alejandro Aranda performing as Scarypoolparty and The Whigs at Ascend Amphitheater before the Gold Cup semifinal match at Nissan Stadium later that evening. 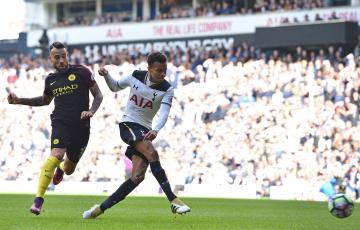 Soccer fans from around the world took over Nissan Stadium for the 2017 International Champions Cup with English Premiere League teams Manchester City and Tottenham Hotspur. Before the match, Manchester City hosted a pre-game event at the George Jones Museum in downtown Nashville. Manchester City took the win over Tottenham Hotspur with a final score of 3-0. The grand total for the record-breaking attendance came to 56,232 fans, the largest soccer crowd in state history at the time. 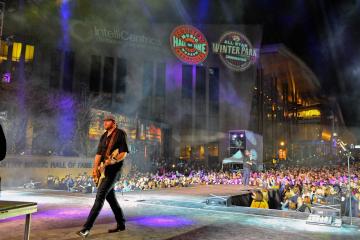 The National Hockey League All-Star Game is an exhibition ice hockey game that is traditionally held during the regular season of the National Hockey League. Held on January 31, 2016, the NHL All-Star Game was held in Nashville, at Bridgestone Arena, home of the Nashville Predators. This was Nashville's first time hosting the NHL All-Star Game giving it a unique outdoor element for the NHL Fan Fair experience that featured Music City's own stars. Winter Park became a fan hub with an ice skating rink and huge, free concerts from Nashville artists like Chris Young, Dierks Bentley, Kelsea Ballerini, and more. 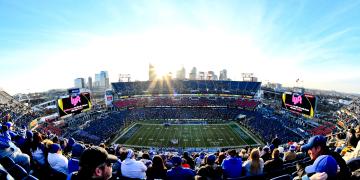 Each year, football fans from around the country come to witness Nashville's holiday tradition, the Music City Bowl at Nissan Stadium. A post-season collegiate football game featuring the Southeastern Conference (SEC) against the Big Ten Conference. The first Music City Bowl was played at Vanderbilt Stadium in 1998. Beginning in 1999, the game was moved to the just-completed home stadium of the Tennessee Titans, now known as Nissan Stadium. 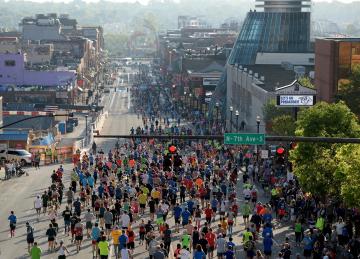 The Rock 'n' Roll Nashville Marathon, previously known as the Country Music Marathon (2000–2015), was first held in April 2000 when 3,230 men and 2,589 women completed the event. As the event grew in popularity, a half-marathon was added in 2002, soon followed by the addition of a kids marathon. A 5k run was added to the race options as well as wheelchair versions of the marathon, half-marathon, and 5k races. The number of participants in the 2008 event exceeded 30,000 total entrants. The route begins on Broadway and continues along many of Nashville's sights, including Bridgestone Arena, Music Row, Vanderbilt University, the Belmont Mansion, the Tennessee State Capitol, the Bicentennial Capitol Mall State Park, First Horizon Park, and the Cumberland River, before ending outside Nissan Stadium. Band stages featuring live musical entertainment are located along the course. The Rock 'n' Roll Marathon is a qualifying event for the Boston Marathon. 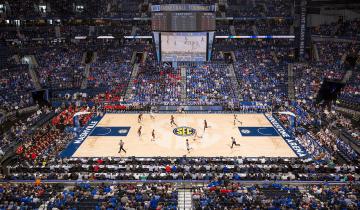 The SEC Basketball Tournament sees some of the country's best teams compete on the floor of downtown Nashville's Bridgestone Arena. Since opening in 1996, the arena has hosted SEC basketball events on several occasions. The SEC Men's Basketball Tournament was played there in 2001, 2006, 2010, 2013, 2015, 2016, 2017, 2019, & 2021 while the SEC Women's Tournament was held there in 2002, 2004, 2008, 2011, 2012, and 2018. Nashville also hosted the men's tournament in 1984 and 1991 when it was played at Memorial Gymnasium on the Vanderbilt University campus. The Southeastern Conference has extended its agreement with the Nashville Sports Council that could make Music City the home of the SEC Men's Basketball Tournament through 2035. 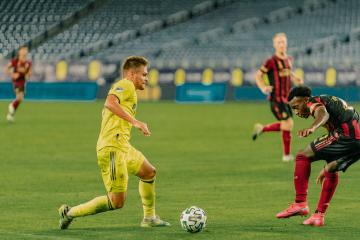 Nashville Soccer Club was officially welcomed to Major League Soccer in February of 2020, hosting Atlanta United at Nissan Stadium. The pregame included a concert from Nashville’s Judah and The Lion and it featured the new Nashville SC anthem. Nearly 60,000 fans showed up for a soccer-themed party bigger than any other the state of Tennessee had ever seen. Prior to the arrival of Nashville's MLS team, the city had various soccer teams which played in the lower divisions of American soccer. The most notable teams were the Nashville Metros who played from 1989 until 2012 and Nashville FC, who played in the National Premier Soccer League (NPSL) from 2013 to 2016. 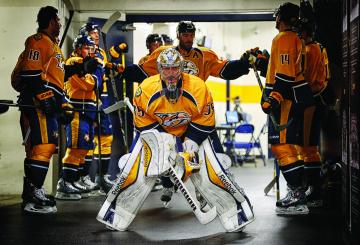 In late 1995, rumors began to circulate that the New Jersey Devils would relocate to Nashville's Bridgestone Arena which would open in 1996. Many people thought hockey would be unsuccessful in Music City, but that didn't stop Craig Leipold. In January of 1997, Leipold made a formal presentation to the NHL requesting an expansion franchise. When the NHL Commissioner went to tour Bridgestone Arena, they were greeted by thousands of future Predators fans. Once the logo of a saber-toothed cat was released, the franchise held a fan vote to determine the team name. The 3 potential names selected from the 75 that were entered were “Fury,” “Attack,” and “Ice Tigers.” Leipold added his own submission to the vote, which was “Predators.” In November, it was revealed his submission won, and the team would be known as the Nashville Predators. In October 1998, the Predators played their first game as an NHL expansion franchise. Although they lost 1-0 to the Florida Panthers, their losing streak didn’t last long. Three nights later, they secured their first victory beating the Carolina Hurricanes 3-2. In 2001-2002, they locked down their 100th win against the Ottawa Senators, setting an NHL record as the second-fastest expansion team of the 1990s. The Predators’ first head coach also set an NHL record in the team’s early years. Barry Trotz, who coached the team for 16 seasons until 2014, broke the record for coaching the most games as an expansion team’s original coach in 2002-2003, with 392 games. Of course, the driving force of the Nashville Predators is their fanbase who have created memorable traditions like chanting or throwing a catfish on the ice. Today, the Predators are known to have one of the loudest crowds and hardest environments to play in for opposing players at Bridgestone Arena. 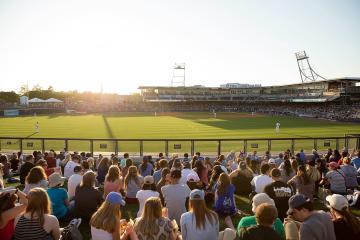 The Nashville Sounds Minor League Baseball team was established in Nashville in 1978. Fans were invited to submit suggestions for the team's name which would be voted on by a group that included local sportswriters and county musicians. Among the finalists were "Stars", "Notes", "Hits", "Strings", "Kats", "Pickers", and "Vols". The chosen name, "Sounds", was a play on the term "Nashville sound", a subgenre of American country music that traces its roots to the late-1950s. The Sounds played their home games at Herschel Greer Stadium from its opening in 1978 until the end of the 2014 season. In 2015, the Sounds left Greer for First Tennessee Park, now known as First Horizon Park. 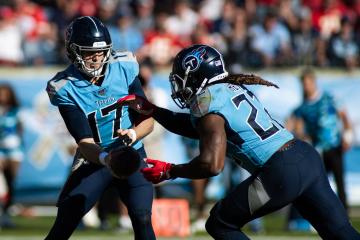 Previously known as the Houston Oilers, the team began to play in 1960 in Houston, Texas, as a charter member of the American Football League. The Oilers won the first two AFL Championships and later joined the NFL as part of the AFL - NFL merger in 1970. The team relocated from Houston to Tennessee in 1997 and played at the Liberty Bowl Memorial Stadium in Memphis. The team then moved to Nashville in 1998 and played in Vanderbilt Stadium. For those two years, they were known as the "Tennessee Oilers", but changed their name to "Tennessee Titans" for the 1999 season. The team now plays at Nissan Stadium in Nashville, which opened in 1999 as Adelphia Coliseum. Led by Steve McNair and Eddie George, the Titans made the playoffs in all but one season from 1999 to 2003. Since 2016, the Titans have had five consecutive winning seasons. In Nashville, football season is a fan favorite - the air is crisp, and screams of "Go, Team, Go" ring throughout the city.