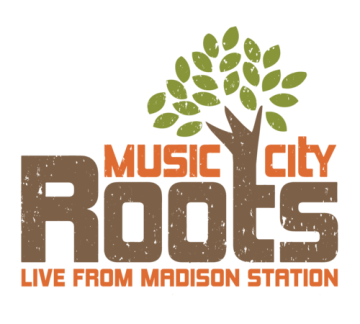 On July 11, the Music City Roots team joined Nashville Mayor David Briley, Madison’s Metro City Councilmember Nancy VanReece and other community leaders to reveal plans for a new venue next to historic Amqui Station. The Roots Barn, scheduled for a grand opening in the Fall of 2020, will be part of a larger Madison Station development, with new housing and street plans poised to solidify Madison as an epicenter of life, work, arts and travel in the growing Metro Nashville area.

The Roots Barn will be one of the premiere mid-sized music venues in the South, with state of the art audio by Sound Image. Its timber and barn wood interior is inspired in part by The Barns at Wolftrap. Capacity is projected as 750 seated or 1,000+ standing. The bars, food service and ticketing areas will be isolated from the music hall, creating optimal conditions for performers and music lovers alike.

Nashville Mayor David Briley said: “For years, Music City Roots has helped Nashville showcase new talent while carrying on and sharing our deepest musical heritage. Reviving this institution in a neighborhood as vibrant as Madison, where it will complement historic Amqui Station and help establish a walkable neighborhood center, is definitely cause for celebration.”

The Barn will present ticketed shows, private events on request and “Music City Roots - Live from Madison Station” on a weekly basis. Adjacent to the barn, a separate building will house a remote studio for MCR partner WMOT Roots Radio 89.5 FM, the 100,000 watt Americana-format public radio station out of Middle Tennessee State University.

Historic Amqui Station makes a charming and appropriate companion to the Roots Barn. Built in 1910, it was the last stop north of Nashville before passenger trains reached Union Station downtown. When passenger service was discontinued, Johnny Cash acquired the structure to save it from demolition and moved it to his property in Hendersonville. After his death, it emerged that Johnny had made provisions to return the antique station and its contents to its original home. It stands there now, not far from its once-functional place along the tracks as a museum and visitors welcome center, operated by Discover Madison, Inc., a 501(c)3 non-profit corporation. The potential synergies for local or city-wide events are many.

The Roots Barn was made possible through a transaction between Music City Roots and Discover Madison, Inc. The property is part of a public/private relationship giving community benefit for generations to come, explained Councilmember VanReece: “The land was originally donated to Discover Madison, Inc. by AT&T with the help of US Rep. Jim Cooper and TN Rep. Bill Beck, with the express intent for such an ongoing benefit. This amazing opportunity not only celebrates our history but ensures our renaissance.”

Ample parking for Roots Barn events has been made possible through a partnership with FiftyForward, the premier provider of innovative and comprehensive services for adults 50+ in Middle Tennessee, with one of its seven locations next door.

Madison has become one of the most exciting growth neighborhoods in Nashville as it builds on its rich history in music. Madison has been the home to an array of country and bluegrass music notables, including Kitty Wells and Johnny Wright, John Hartford, Earl Scruggs, Bill Monroe, June Carter and Hank Snow.

“I’m really excited about Music City Roots getting started on this Madison music venue and the opportunity for WMOT to be a part of it. WMOT and Music City Roots have worked together for nearly three years to bring Americana and Roots music to middle Tennessee on WMOT 89.5. This new space will allow that partnership to continue to grow and expand, while growing our music community in Madison, middle Tennessee and beyond.” - Val Hoeppner, Executive Director, WMOT 89.5 FM

“The three greatest exports of Southern culture are music, food and whiskey. Ask anyone from around the world about Tennessee, and their answers will most definitely revolve around these things. Of course, our focus is on broadcasting real music - past, present and future - but in the spirit of true Southern hospitality, we will offer an authentic experience combining the best of all these elements to our visitors.” - John Walker, Executive Producer, Music City Roots

"The Music City Roots focus on preserving grass-roots music and Discover Madison Inc.’s mission to protect and preserve Madison, TN’s rich music history go hand in hand. We are excited to create a space in which, our neighbors and friends, as well as future generations, will experience the music culture that Madison has to offer." - Christie Cooper, Executive Director, Discover Madison, Inc.

“One of the areas of improvement we are excited to see in Madison is entertainment options. We want Madison to be a well-rounded area where its residents can live, work, and play. MCR will be an exciting and notable addition, especially considering its unique location next to Historic Amqui Station and Madison's rich musical history. We are so excited that All Aboard Madison has chosen to bring Music City Roots here, and we cannot wait to see the attention and tourism it adds to Madison.” - Laura Knots Jennings, Madison Rivergate Chamber of Commerce

“The construction of a music and entertainment facility as the new home of Music City Roots at the historic Madison train depot is a thrilling prospect for music lovers throughout Middle Tennessee. Madison itself is extremely rich in musical history, making it the perfect location for Music City Roots to showcase the best in roots music and Americana in its down-home, old-school format. At the Center for Popular Music and WMOT Roots Radio we celebrate the musical heritage of our region and our nation every day, and look forward to many exciting events at this wonderful new development.” - Gregory Reish, PhD, Director, Center for Popular Music, MTSU

About Music City Roots:
Founded in October of 2009, Music City Roots is a weekly live musical variety radio show created to shine a light on the variety and diversity of roots and Americana music from and passing through Nashville, TN. Roots has hosted Grammy winning artists like Chris Stapleton, Sturgill Simpson and Emmylou Harris as well as iconic American acts like The Doobie Brothers and features a weekly emerging artist as well. A community of fans, bands and brands, Music City Roots hearkens back to the golden age of live radio via traditional and contemporary platforms of discovery: radio, television and streaming both live and on demand. Its American Public Television series has reached up to 80% of the nation. The show was housed at the Loveless Cafe Barn from 2009 to 2014 and the Factory in Franklin from 2014 to the end of 2017.

About WMOT Roots Radio:
WMOT-Roots Radio 89.5 is a listener-supported National Public Radio (NPR) station based at Middle Tennessee State University (MTSU) in Murfreesboro, Tennessee. As Middle Tennessee’s most powerful music station, WMOT has a 100,000-watt signal that reaches north to Bowling Green, Kentucky and south to the Alabama border. WMOT is located in the Center for Innovation in Media in MTSU’s College of Media and Entertainment, where students work alongside industry professionals in a dynamic, collaborative environment. WMOT Roots Radio features original Americana programming and is dedicated to the music most deeply connected to Music City’s legacy: classic country music, bluegrass, singer/songwriter, folk, soul, R&B and old-school rock and roll. WMOT also continues to offer award-winning jazz programming on secondary channels (89.5HD, 92.3FM in Rutherford County and 104.9 in Williamson County). Please visit WMOT.org for more information.

About Discover Madison, Inc.:
Discover Madison is a non-profit organization whose mission is to begin "laying new tracks" toward reviving Madison’s rich history and rebuilding a strong sense of hometown pride. Its mission is to celebrate, educate, promote, and preserve Madison, Tennessee through the historic Amqui Station and Visitor's Center.