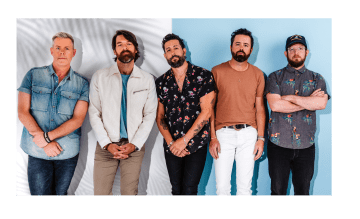 Old Dominion has emerged as one of the hottest breaking bands out of Nashville, fusing clever lyrics and an infectious sound. Their lyrical wit and hook-heavy songwriting has certainly proved a winning method: since breaking onto the music scene in 2014, the band has notched eight No. 1 singles at country radio, surpassed one billion on-demand streams, earned several Platinum and Gold single certifications, and headlined arenas and amphitheaters around the globe. Old Dominion is currently the reigning CMA and ACM “Group of the Year.” Most recently, the band won their fifth consecutive “Group of the Year” award at the 2022 ACM Awards and took home their fourth consecutive “Vocal Group of the Year” win at the 2021 CMA Awards. Over the course of their career, the band has also been named ACM “New Group of the Year,” A CCA “Breakthrough Group of the Year,” AIMP “Songwriter Artist of the Year” and Music Row “Breakthrough Artist of the Year.” At the 2020 CMT Awards, the band also took home their first win for “Group Video of The Year.” The band has also received nominations for multiple GRAMMY Awards, CMT Awards, American Music Awards, Billboard Awards, and iHeart Radio Awards. Front man Matthew Ramsey was ASCAP’s “Artist of the Year” in 2017. In October 2021, Old Dominion released their stunning fourth studio album Time, Tequila & Therapy, which features the smash summertime single “I Was On A Boat That Day.” The band saw their biggest radio impact yet with 133 adds out of the gate. “No Hard Feelings” was the most-added song at Country radio the week of its impact in December 2021. Old Dominion consists of lead singer Matthew Ramsey, lead guitarist Brad Tursi, multi-instrumentalist Trevor Rosen, bassist Geoff Sprung and drummer Whit Sellers. weareolddominion.com 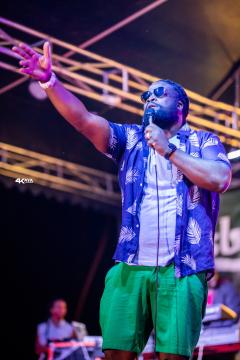 A Nashville native since 2012, Gramps Morgan moved to town after falling in love with Music City following a performance at the historic Ryman Auditorium while on tour with India.Arie. While his reggae roots are at the forefront with “Positive Vibration,” Gramps sees his music as genre-less -bursting with positive vibration -a soundtrack to celebrate both love and Music City. By flavoring reggae with dashes of both country and soul, Gramps effortlessly blends the sounds of legendary artists like Ken Boothe, Toots Hibbert, Jimmy Buffet and Kenny Chesney creating a sonic recipe all his own to bring everyone to the metaphoric table. His father, Denroy Morgan, a Jamaican immigrant, helped form the Black Eagles, New York’s first reggae group. He also organized several of his children into a reggae band with Gramps joining the appropriately titled Morgan Heritage. Morgan Heritage debuted at Jamaica’s Reggae Sunsplash Festival in 1994 and signed a recording contract with MCARecords that same year. Their debut album, Miracles, featured Gramps on vocals and keyboards. In 2009, after fifteen years of touring and recording with Morgan Heritage, the band decided to pursue solo careers. Gramps’s first solo effort, 2 Sides of My Heart, Volume 1, came out that same year. It landed him on “Good Morning America” and on tour with India.Arie and John Legend. India.Arie invited Gramps to be the featured vocalist on her breezy 2009 single “Therapy.” The song hit No. 22 on Billboard’s R&B and Adult Contemporary charts and remains Gramps’ highest charting single. In addition to his solo career, Gramps continued to work with Morgan Heritage. The group's 2015 Strictly Roots topped the Reggae Music charts and earned a GRAMMY® Award in 2016 for Best Reggae Album. Morgan Heritage garnered two more GRAMMY® nominations: for 2017’s Avrakedabraand for feature vocals on Shaggy and Sting’s “44/876” (A&M Records, 2018). grampsmorgan.com 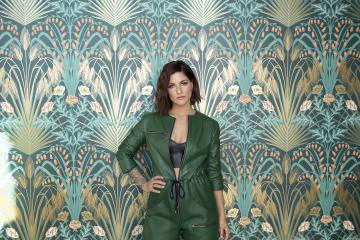 Cassadee Pope is a GRAMMY-nominated, Platinum-certified singer-songwriter who released her ninth career album, Thrive on October 15, 2021. The album’s first single, “What the Stars See” was co-written by Cassadee and features Karen Fairchild (Little Big Town) and Lindsay Ell. Cassadee performed the track on The Kelly Clarkson Show. She wrote or co-wrote every song, blending influences from her pop-punk days fronting the band Hey Monday and her country music storytelling and songwriting. In 2020, she released her first acoustic solo album Rise and Shine, which was co-produced by Cassadee and Todd Lombardo. The collection of original songs followed her critically acclaimed album, Stages (2019) featuring hit singles “Take You Home,” “One More Red Light,” and “If My Heart Had a Heart.” From fronting Hey Monday to winning Season 3 of “The Voice” (2012) and releasing her No. 1 debut album Frame by Frame (2013), Cassadee has effortlessly re-arranged the lines of Country and Pop. Her Platinum-selling single “Wasting All These Tears” was awarded with “Breakthrough Video of the Year” at the 2014 CMT Music Awards and her No. 1 hit “Think of You” with Chris Young received a 2017 GRAMMY nomination for “Best Country Duo/Group.” Cassadee has performed on the TODAY show and has been featured in countless notable publications, including PEOPLE Magazine. She has toured extensively, joining legendary artists Tim McGraw and Dierks Bentley. She has played London’s iconic O2 Arena during C2C: Country to Country Festival, earned the distinction of the only Country artist to perform at 2018’s Warped Tour and joined Maren Morris on her GIRL: THE WORLD TOUR in 2019. Cassadee toured as the headliner of the “2019 CMT Next Women of Country Tour,” which brought the franchise outside of the U.S. for the first time. cassadeepope.com 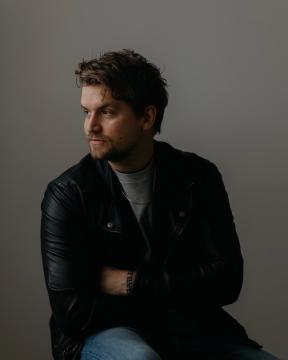 Singer-songwriter Levi Hummon spent his 20s practicing his art, but his immersion into country music started much, much earlier: the day he was born. His father Marcus Hummon is one of Nashville’s most prolific GRAMMY-winning songwriters, having penned hits for The Chicks, Tim McGraw, Rascal Flatts, and many more. Being raised by a songwriter and multi-instrumentalist meant that Hummon had masterclasses early and often, from the time his dad taught him his first three chords on the guitar, and he estimates that he wrote about a million songs with just those three chords. And now, with his viral Walker Hayes collaboration sensation “Paying for It” cementing his status as a rising country star, Hummon is just as at ease in a songwriting session as he is in the studio and on stage. His follow-up tune “Bottled Up” is one that Hummon says reveals more of who he is after a decade of honing his skills: a little countrier, with a roughness to his edges. levihummon.com 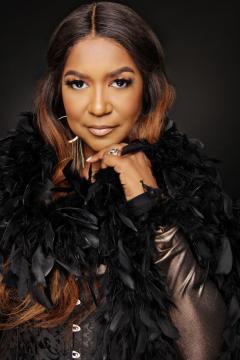 Wendy Moten is an exceptional, adaptable singer, a pure musical spirit, and a bridge from Memphis to Nashville to the rest of the world. Respected in the music industry as a consummate professional for years, the wider public discovered her talent and charm through her remarkable run on NBC’s The Voice in 2021. She turned all four judges’ chairs on her blind audition and ended up in second place overall – unprecedented for an artist in her 50s. A native of Memphis, Moten sang R&B on a major label in the 1990s then moved to Nashville to become an in-demand harmony singer. She spent 15 years as the key support voice for Julio Iglesias. She has toured with Martina McBride, Tim McGraw and Faith Hill, and Vince Gill. She has performed as a soloist on the Grand Ole Opry multiple times and been a featured artist in the Country Music Hall of Fame and Museum’s Musician Spotlight series. In 2019 she joined the Grammy-winning Nashville western swing band The Time Jumpers. wendymoten.com 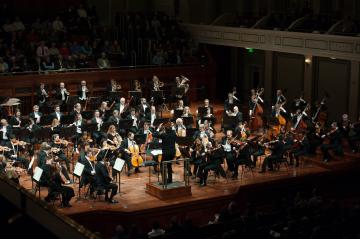 Led by music director Giancarlo Guerrero, the Nashville Symphony has been an integral part of the Music City sound since 1946. The ensemble performs more than 150 concerts annually, with a focus on contemporary American orchestral music through collaborations with composers including Jennifer Higdon, Terry Riley, Joan Tower, and Aaron Jay Kernis. The orchestra is equally renowned for its commissioning and recording projects with Nashville-based artists including bassist Edgar Meyer, banjoist Béla Fleck, singer-songwriter Ben Folds and electric bassist Victor Wooten. An established leader in Nashville’s arts and cultural community, the Symphony has facilitated several community collaborations and initiatives, most notably Violins of Hope Nashville, which spotlighted a historic collection of instruments played by Jewish musicians during the Holocaust. The Nashville Symphony remains one of the most prolific recording orchestras in the U.S., with more than 30 releases on Naxos, the world’s largest independent classical label. Encompassing a wide range of repertoire, from Beethoven to Bernstein to Joan Tower, these recordings have earned 14 GRAMMY® Awards and 26 nominations. nashvillesymphony.org