The 2019 NFL Draft in Nashville will be the largest festival footprint in NFL history and with that comes plenty to see and do.

Viewing Parties
The Viewing Parties of the NFL Draft Main Stage are where you can see all the action including who your team picks in Music City. They will be located at Broadway between Second and Fifth Avenue, Second Avenue between Broadway and Commerce Street, and in Music City Walk of Fame Park. Not only that, but the NFL Draft Main Stage is exactly where performances from Tim McGraw, Dierks Bentley, Moon Taxi, and more will take place.

NFL Draft Experience
The NFL Draft Experience presented by Oikos® Triple Zero will be at Nissan Stadium. It is a free-admission, three-day football festival featuring interactive exhibits, immersive games, virtual reality experiences, free player autograph sessions, and more. Plus, over 20 Nashville artists are scheduled to perform during the NFL Draft. Within the NFL Draft Experience, you can see performances from Mikky Ekko, Jessy Wilson, Kid Politics, Jonny P, and so many more.

Fireworks
There will be a five-minute fireworks show at the conclusion of activities all three nights. 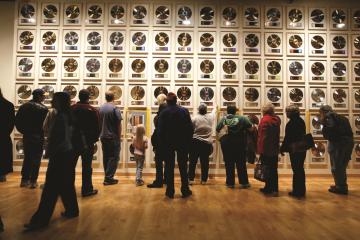 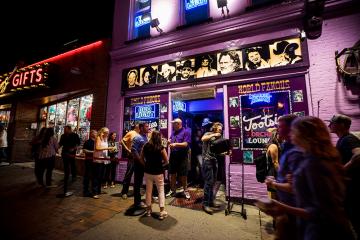 The NFL Draft theater will take place right in the middle of Nashville's famed Honky Tonk Highway. Do take the time to venture to as many as you can while in town. Each one is guaranteed to have cold drinks and FREE live music. Just remember to bring cash for the tip jar.

You will be sure to experience the talent of Music City as 20 local artists will perform during the NFL Draft. If you have time, we highly recommend you see some concerts, check out the music scene, and pay a visit to our historic venues.